Baghban (2003) is a Hindi,Awadhi movie. Ravi Chopra has directed this movie. Amitabh Bachchan,Hema Malini,Salman Khan,Mahima Chaudhry are the starring of this movie. It was released in 2003. Baghban (2003) is considered one of the best Drama,Romance movie in India and around the world.

Raj Malhotra and wife Pooja have four sons. The sons have settled down professionally and are quite independent. However, when Raj Malhotra retires, none of his children want to be burdened with the responsibility of taking care of their parents. Strangely, it is the adopted son who proves to be the most kind hearted of them all. Salman's girlfriend eventually marries him. The question is, will Raj and Pooja's sons learn the folly of their ways and turn over a new leaf? 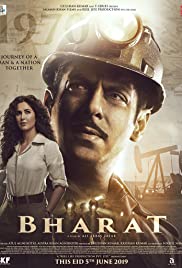